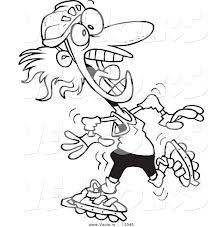 This is how I felt over the weekend as my daughter was teaching me her dance team dance. Seriously, we got to the spinal roll and I couldn’t get my body to roll in the right direction for beans. “Swallow the marble and follow it down” was her cue. A great cue. It worked for my head, but when I brought my chest into it, it was my habitual movement that ruled. I couldn’t even feel it wrong. After 5-10 minutes we were both laughing and it was not happening. Even thinking it through before I moved it didn’t work. I never got it. On Saturday.

I kept thinking about it, though. I even woke up in the middle of the night to find my body practicing the spinal roll – still wrong! But not quite as wrong. The next day we worked on it again (since she had practice on Monday). When we got to the point in the music where the roll fit in, I did it without thinking. I wouldn’t have known it was right if Rachel hadn’t been happily yelling, “that was right!” “you did it right!”.

That particular spinal roll pattern still does not belong to me, but every time I do it it makes more sense to my body. I can think it. I can move it. I, however, cannot think it through and move it through at the same time. Not yet. I’m learning. This is giving me a choice to add to my movement vocabulary – even as it is. When it is mine, it will be a jumping off point for variations of the roll and more choices.

“Learning is the kind of process where you learn to do the thing you can do in a different way, so that your choice is increased. The difference must be significant. Otherwise your choice isn’t free. No one forces you to do this movement or that movement. But you have your free choice.”

When we do the same old thing the same old way every day, day after day not only do we lose our gift of awareness, but we forfeit choice.

There is more than one way to do everything.

Don’t believe me, go and discover it for yourself.

Learn how to do something you do in a new and different way. If you don’t feel completely goofy, awkward and confused, keep at it until you do!

Do it upside down.

Start from the middle.

Start from the end.

Do it without tools.

Do it the way someone from another planet would do it! 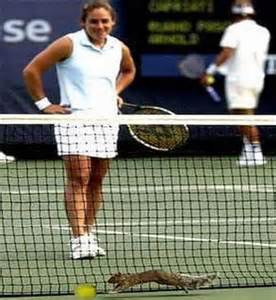 Tennis lesson with my daughter this morning; giving her the opportunity to more deeply embody and use the skills she worked on in her formal lesson last night and me a chance to practice everything.

My lesson today, another step in embodying tennis:

Move with the ball

Have my racquet back as I approach the ball

I did not play racquetball the way I dance today in Nia and in my personal practice. I was a force of nature; frenetic energy and power, emotion and speed. All nerves and reaction or perhaps “reactivity” might be a better choice. Being in this new way of moving for me right now is an interesting metaphor for the changes that have been occurring  within – the new ways of moving energy from the inside out.

On the court this morning, Rachel took time to run drills with me. Doing this, she could better see how I was organizing and bringing myself to the task and make suggestions for improvement. It was also an opportunity for me to track my experience and observe where I am in the embodiment process. The tennis racquet still feels a bit long to me and my muscle memory reminds me to pull my elbow in to hit the ball with the shorter racquetball racquet that had become a part of my hand.

After a few minutes of hitting her serves from various spots on the court, we both confirmed what I suspected: I’m playing Squirrel Tennis!

Ever see a squirrel run out into the middle of the street, see the cars, begin to run back to where they started, change their ‘minds’ and run to the opposite side of the street? Yep, I’m the squirrel and the ball is the tree, but I can’t decide which tree it is! Is it the tree I just left or is it the one I’m running to? I know where the ball is going but I no longer know what to do with my body once I get to it.

After Rachel’s lesson last night, I watched some guys who were warming up to play doubles. I observed one man in particular who touched the ball almost absentmindedly as his joints became more relaxed and willing to do what would be asked of them. Warming up, he and his racquet moved with efficient, fluid motion. Soft shots dropped where he wanted them to; muscle memory ensuring that he was where he was supposed to be and energy would be conserved.

Moving over the court, I could feel the whisperings of new skill as long as I was fully conscious and present to it. As I added a new reminder, the previous one would almost entirely desert my body; not enough to be completely lost, but enough to confuse my nervous system. I’m not where I was. I am no longer a racquetball player. I am not where I am going to be. Nor am I a tennis player. I am at that “awkward stage” of learning; clumsy, unpredictable, not completely in control and inefficient.

I love the awareness. I tell my body what to do, “racquet out as soon as the serve is executed and swing down to up” and my body does it. Like a squirrel. Yes, I moved through the drill and the result was a better shot. However, the reality was that I overran or “charged” the ball and when I made contact I had so much momentum that I hit it out of the court. I did get off a better shot (perspective: better than what?) but the other skills I’m learning fell temporarily away. My body could only manage to utilize the racquet form. One thing at a time.

The next time I move with the ball and it feels like floating, but I forgot my racquet form and smacked it with wrist and bent elbow. Each shot is like that. My daughter is patient and frustration is not coming up. She knows me and is giving me the space to be curious and enjoy the journey.

I discovered that when she can’t quite find the words to describe what I did to get to the ball and get it over the net (or not), it’s “scary”. Squirrel on steroids! All form got lost in that translation!

One thing at a time.

I get to spend time with my 19 year old daughter doing something she is falling in love with, we’re running around and we’re outside. 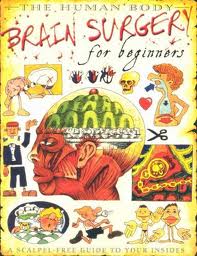 Also known as the Joy of Awkwardness.

Do something different – really different.

By “different” I mean pick an activity that makes you feel totally uncoordinated.

If you wind up loving it, keep doing it.

And pick something else you don’t know how to do.

If, after 6 sessions you still feel awkward – keep doing it.

Rinse and repeat for the rest of your life.

It’s not about looking cool, in control, graceful or like a pro. That may come with practice.

It’s about giving your brain something it doesn’t know how to do so that it can learn and change – a process called neuroplasticity.

It’s about practicing mental agility and flexibility for increased ease and personal power in the journey of life.

It’s not easy to be willing to look like a beginner as an adult.

It’s creating balance; something like eating a variety of foods. Balanced nutrition means eating a little bit of almost everything.

A balanced life begins with self-care in body, mind, emotions and spirit. Living a life that is in alignment with your values; not your spouse or partner’s values, not your parents values – your values.

Living a life that feeds and nourishes you first. When your nourished, you can nourish the world.

It begins with the Joy of Awkwardness.