Last night there was wind. As I was lying in bed nursing a hearty chest cold I heard it ravishing the trees outside. Dark out and light in, I couldn’t see the movement but the whooshing, swishing, cracking and baritone murmuring were irresistible. I lasted about 30 minutes.

I stood on the deck starring up into one of the clearest deep blue starry nights I’ve seen in a long time. As I waited in the unseasonably warm dark I heard the muffled roar of a train. Living a mile from a train station, that is not uncommon. It passed.

Then something else came rolling up from behind and above me. I felt it as much as heard it. It was big.

A split second shard of fear shot through me as I stood feeling very small. I turned as the roar engulfed the 30 foot pine behind me, hummed over my head and was gone. From the west the roar built and rolled east this time sweeping down into the valley in which I waited. It lifted and played in my hair, bubbled the soft throw I had around my shoulders and finally brushed teasingly against my calf on its way out again.

I love wind. I have always felt a curious compulsion to go outside when I see the trees dancing. The more intense the dance, the more powerful my desire to be in the nature of the dance.

I am as fascinated with the earth in motion as I am with human bodies in motion.

There had been no train.

A muted growl from the north and the pine creaked in warning before the rush of invisible wings. Again and again, I was pushed, jostled, nudged and beckoned upwards as this presence of nature danced in the dry, sparkling dark.

The moon “moved”, the star field changed and thin clouds soundlessly crept in, all as a background for the majestic upstage. Here, it appeared, diving in, encircling my enclave with movement and sound like a rustling cloak while leaving me to witness, untouched. There, soaring from nowhere and everywhere at once, wrapping me in tentative arms bound to fall away and light elsewhere.

An evocative short story played out through my senses enticing me to listen entranced, watch spellbound, touch immersed and breath and taste earth’s recipe for transformation.

Last night there was wind. Safe and unpredictable it came and I remained as I do when the winds blow. 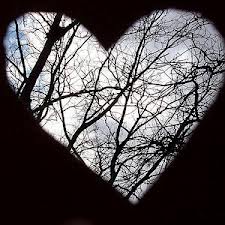